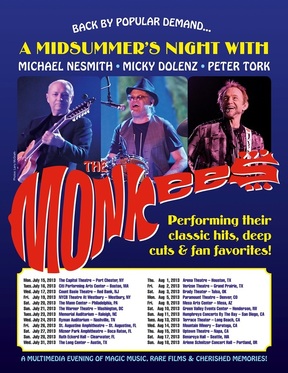 Sydney based photographer Larry McGrath specialises in natural, earthy portraits of people of all ages. It's his ability at making people feel at ease in front of the camera that produces results often missing from shopping mall ‘glamour photography’.

For over 30 years, Larry has been passionate about creating beautiful portraits using natural light and locations to capture that something special about the spirit of each
person.  Your portrait sessions will leave you with a lasting memento that is honest and insightful backed by genuine customer service.  Larry looks forward to tailor making a unique package for you.

Growing up as a child of the 1960s and '70s in Sydney, Australia  I was fascinated by the power of the visual image -particularly when combined  with music.   The photos on
the album covers of my older brother's Beatles records made a big impression on
me, as did watching The Monkees TV  series every week.  Even at an early age, I can remember thinking someday, I want be a part of all that.

Fast forward some 40 years later.  I'm standing in front of the stage at The Greek Theatre in Los Angeles.  I’m armed with my Nikon camera and a photographer’s pass.  It’s November 11, 2012 and The Monkees are there on stage.  It's hard to describe how it felt at that moment, taking photos of them in concert. You see, The Monkees have always been kinda pivotal to my journey.

A few months later, their manager contacted me. He wanted to use my photos on The Monkees 2013 tour poster.  What had inspired me to embrace music, film and photography as a child had come a wonderful full  circle.

But there was quite a journey in between those 40 years....

In the early '70s, I wanted to form a band and took guitar lessons from Greg Quill (of the group, Country Radio). While I never did get beyond learning the basic chords, around that time, my dad bought a 'Pentax Spotmatic' 35mm camera and a Super-8 movie camera.   I
put the guitar aside and started to experiment with film and photography. I loved the immediacy of it.  In 1974, I snuck my Super-8 camera into Sydney's Hordern Pavilion and filmed just  three minutes of Suzie Quatro (supported by Stevie Wright) on her first
Australian tour. I was just a kid (surrounded by unsmiling Hells Angels types) with a big crush on Suzie and it was to be the first time I photographed a musician. 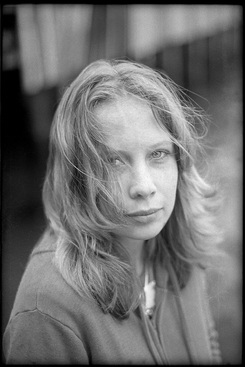 I soon started taking a camera with me everywhere I went, recording images of life around me.
In '79, I came across a book that would have a profound influence on me.   'James Dean Revisited', by American photojournalist Dennis Stock, inspired me to photograph people in a way that told a story - and captured the authentic mood of the moment. I practiced by taking countless photos of my school friends just hanging around and in particular, my high-school sweetheart Maureen.

Although I did not realise this at the time, Maureen was most definitely my ‘muse’ and she inspired me to become a portrait photographer. I must have taken hundreds of photos of her during our time together, like this late winter afternoon portrait. 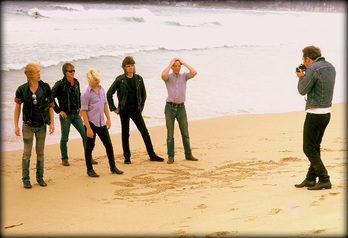 By the early 1980s, a lot of my friends were forming bands. We were all caught up in the momentum of the 'underground' Sydney music scene that
had evolved from the punk rock movement. They asked me to take their photos and soon, through word of mouth, other bands wanted me to take photos for promotion and record
covers.

These bands included The New Christs (pictured here with me at
Manly NSW), The Hitmen, Grooveyard and Lime
Spiders.

Music videos and other twists and turns... 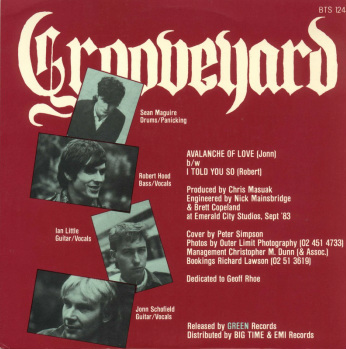 Next thing I had credits on record covers, books, magazines and
in street music press.  I taught
myself, in those pre-digital days, the art of developing and printing photos.  I also got experience filming live performances, though I soon became frustrated with the limitations of my home movie equipment.

I connected with a professional news cameraman, Greg Penniket, who shared my passion for music, film and photography.  Together we  made a film clip for Grooveyard's 'Avalanche of Love' single.   My photos were also on the picture sleeve under the unlikely name of 'Outer Limit Photography'.
I've always been intrigued by the different roads film  and photography can take you down. As it would turn out, the highlight of working with Greg had nothing to do with music....

One night I  got a call to assist him with the filming of a heart transplant operation at St Vincent Hospital Darlinghurst for an ABC Television current affairs program. The surgeon was Dr. Victor Chang.  Already an iconic pioneer of modern heart transplantation, it was an honour to meet Dr. Chang in his element.  He even got into directing a segment when the donor heart arrived. He told me he wanted to ensure we filmed that moment in a compelling and respectful way.

Our video of the operation (a story promoting organ donation) was quite possibly Dr. Chang's last filmed operation before his senseless murder several months later on 4 July 1991.

in the deep end...
"An experiment that has paid off nicely...."  The SunHerald 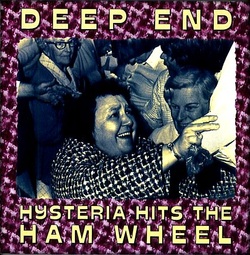 My next project was rather ambitious, combining all the skills I had leant so far… and some I was yet to learn.   I put together a band named Deep End and
in 1993, while I was on a holiday in Hawaii, I contacted former Gene Clark Group/Turtles bassist and Monkees producer Chip Douglas out of the blue and asked if he would like come to Australia produce Deep End’s album.

Next thing I’m sitting alongside Chip in a recording studio in Sydney.  I loved watching both his
approach to producing and his work ethic.   Through Chip, I would later meet his lifelong friend, rock photographer Henry Diltz whose work I remain in awe of to this day.  I went on a photo shoot with Henry in Los Angeles - which was a big deal for me!  Both Henry and Chip are lovely men who retain their gentle '60s
sensibilities and the time I spent with each of them was perhaps this project’s real gift.

The Deep End CD was released in 1995 by Phantom Records.  I produced a supporting promotional documentary, which Included Douglas' appearance on Channel 9’s Today Show talking about the group and three music videos.  While the album got great reviews with the Sun Herald describing it as "An experiment that has paid off nicely” and ABC TV's RAGE gave one of the songs high rotation.  But without the elusive radio airplay, sales were mediocre. I learned a lot from this experience and any mistakes I made on this project I certainly got right on my next one... 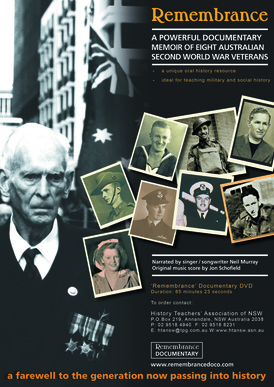 Around 2000, I began developing an idea to pay tribute to the  Second World War generation.  It
was a documentary I called Remembrance -
a farewell to the generation now passing into history.  The value as both a historical and educational tool was obvious and I obtained funding from the Commonwealth Government Department of Education.  I assembled a first rate team who all knew they were participating in something special.

Together, with eight ordinary/extraordinary Second World War veterans, we produced a film that left grown men in tears at its first cinema
screening at the Cremorne Orpheum. It also became a ratings winner for Foxtel History Channel during their 2010-2012 screenings.

I took the program on the road to several high schools along with some of the featured veterans. We met school students who told me the perspective it gave them was life changing -for the better. I dedicated the film to my mum and dad.

I still love the power of the visual image...

My passion for music, film and photography continues to inspire me to capture images of lasting value.  Images that mean something to the many people who have graciously asked me to take their photos over the years. I feel equally at home photographing a mother gently holding her child as I do a live rock band... And I'm not planning on stopping any time soon. It's in my blood. 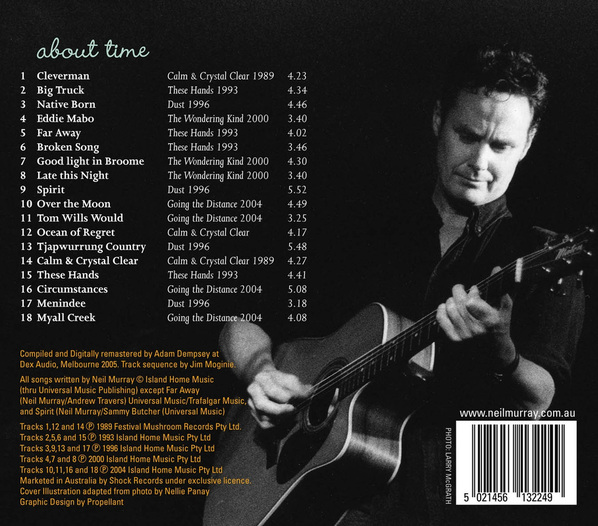